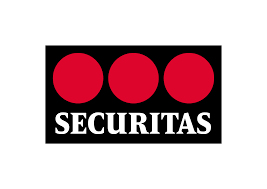 The new offices, which opened in October, are situated on the 7th floor of Russell Square House, WC1 and bring together the highly-successful London Operational Team, the company’s UK County President, Brian Riis Nielsen, plus Securitas’ new European Divisional President, Magnus Ahlqvist, as well as their executive teams.

Kenneth Larsen, Securitas’ Regional Director for London, said: “Securitas Global Management understands that London represents 50% of the security market in the UK, so we felt it was vital to be at the heart of the City to truly understand what our customers want and need from us as their preferred service partner.

“I believe having both the European Divisional President and UK County President reside in the same location will truly support our strategy to become the number one protective services provider, not only in London, but also in the UK.”

Larsen added: “When Brian Riis Nielsen and I first arrived in the UK, we spent a lot of time listening to our customers in London.  It was clear they felt we needed to be close to the business to understand the unique requirements of the markets that we want to work with.  At that time, our operation was split between Uxbridge and a small office in Cannon St; neither of which were particularly client-friendly.”

The new London offices boast state-of-the-art client meeting rooms, which will also be utilised for seminars and reviews.  And, being right on the doorstep of the City and Canary Wharf, Larsen says Securitas is well-placed to respond to customer need and resolve any situations in very short timescales.

“We now have a great opportunity to come together as one team, to serve and support our customers in a consistent and timely way.” he added.  “The new space is superb in facilitating teamwork and I know my team is proud to be part of the new London HQ.”